The proposed Keystone XL pipeline is the most studied and examined infrastructure project in our nations history. It has been reviewed for five years, approved by the State Department twice, and yet, the application lingers in bureaucratic purgatory where loopholes and politics abound and where no end to the spinning is in sight.

In all of the spinning, the fact that KXL is a companion pipeline to the existing Keystone Pipeline seems to get lost. The original Keystone line, already runs from Alberta to Cushing, Oklahoma and when it went through the regulatory process in the mid 200′s, scarcely anyone noticed. Moreover, President Obama has already approved part of KXL and that part which will run from Cushing, Oklahoma to Houston, is already under construction.

Protestors to the Keystone XL pipeline have cited a myriad of issues with the extension, to no avail. First it was “pipeline safety”. When that didn’t work talk quickly turned to the environmental impact of the “Sand Hills”, so they moved the route. Then  a new argument arose. There shouldn’t be any pipeline running through “Ogallala Aquifer.” That sounded like a real winner until experts pointed out that there are thousands of pipelines running over the sand aquifer, drilling through it, and both have been done safely since the early 1950′s.  until they discovered it already has numerous pipelines running through it. Arguments and mis-information about the economic benefits, employees, whether the finished product would or could be exported, etc. have all run out of steam. Ah steam, time to talk about rail.

The State Department recently released its second Environmental Impact Study, where they referenced several no-action alternatives. One of these options was transporting the oil by rail, or rail and tanker. This 200-page alternative should be a red flag for those wishing for swift approval by the current Administration. Could the rail alternative be the way out for Obama to remain the poster-child of the environmental movement?

The general consensus among experts is that the rail transport alternative discussion is unimaginable. That’s pretty strong language, so what makes rail an unattractive alternative?

First, rail has been proven much more dangerous than pipeline transport. In fact, rail is 3400% more dangerous when it comes to injuries and deaths per mile ton shipped. Second, although rail has seen a recent resurgence, it is not an economically viable option. In the EIS, the State Department included an estimate of rail prices compared to the cost of pipeline export. Pipeline cost is approx. $7/bbl. while actual rail cost is $31/bbl.  Third, rail causes much more harm to the environment than pipelines. It was estimated in the EIS, rail would cause 8% more greenhouse gas per year than the XL pipeline. 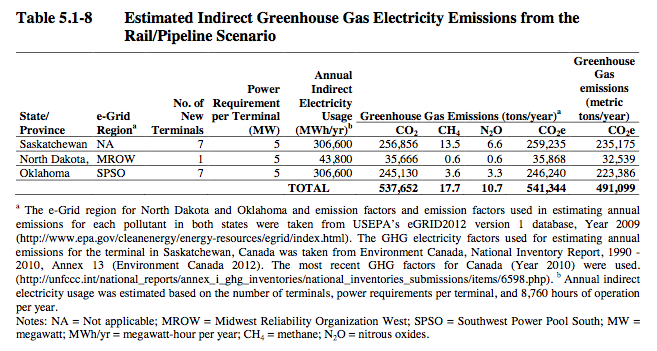 Finally, the State Department’s estimate of rail capacity is ridiculously overestimated. The proposal mainly focuses on the transportation of US Bakken Crude oil, estimated to be approximately 15-25% of KXL shipments, while ignoring the amount of Canadian oil, which needs to be transported. Additionally, the numbers utilized were optimistic at best and do not reflect actual rail capacity between Alberta and Houston. In other words, the railroad can’t handle the daily capacity by placing rail cars where needed between these two points.

Recently, a number of activists dramatically protested the Keystone XL in Washington including the Sierra Club’s CEO Michael Brune, actress Daryl Hannah and Robert F. Kennedy, Jr., fastening their hands to the White House fence with plastic zip ties. As passionate and dramatic as these protests may be, the reality is that the oil in Alberta will go somewhere, and no amount of plastic zip ties — made from refined petroleum products, — can change that inevitable outcome. While these antics may focus the cameras on themselves, the price of Brent crude oil is rising everyday, and the cheapest option lies in Canada. The price of Western Canada Select crude oil was $70.14 on Monday compared to $92.16 for West Texas Intermediate, and more than $109 for Brent crude oil. This price difference is why the Canadian oil will find its way to market regardless of whether the Keystone XL is built.

If KXL isn’t built, the oil from our friendly neighbor will be sent overseas to countries like China where governments have little to no concern about pollutants. Moreover,  the carbon footprint and we will remain and the pollution from those factories may very well be carried aloft to right here. Finally, purchasing oil from less stable countries is a riskier scheme, as allegiances and allies tend to change over the years. Remember when Iran was a stalwart of the United States? The Middle East is known for shifting sands and we should gird ourselves for that eventuality.

The no action alternative of rail is a misguided plan. Pipelines have proven themselves to be safer, more environmentally friendly, and more cost effective than the alternative. There is no debating the fact that America needs safe and reliable energy and jobs. The Keystone XL pipeline can provide both.

If President Obama were to turn his back on this important source of energy, it would be tantamount to him imposing economic sanctions on each and every one of us.