Why President Obama Will Say Yes to Keystone

It’s been a tough couple of weeks for the Obama administration. Benghazi, Fast and Furious, the IRS debacle, the U.S. Marshal’s Service losing a couple of terrorists all led the news cycle. Now, unanswered questions about the nominee to lead the EPA and the Department of Justice illegally seizing AP phone records has the White House in full damage control mode. As one Beltway insider put it, the Obama administration is beginning to resemble the Titanic, and re-arranging the desk chairs can’t fix the fact that they’re quickly taking on water and listing to port.

As if that were not enough, a ‘Senior Administration Official’ earlier in the week hinted that a decision on Keystone ‘might’ not be made until late this year, or even early 2014.

The Keystone project has become the most studied and scrutinized project in infrastructure history. For 1,705 days, the Obama administration has delayed and sidestepped a decision that is really a no-brainer. Even proponents are beginning to run commercials like this one highlighting the amount of time this decision has taken.

Anti-pipeline groups have been tremendously artful in sowing indecision, uncertainty and media-fueled hysteria over the evils of pipelines. That’s very creative when, in fact, they are bar none the safest and most effectively regulated transportation industry in our country.

The Keystone pipeline network is nearing 70% completion and it already carries over a half million barrels of Canadian crude to America every single day. That’s right. All of this talk about importing oil from the dreaded ‘tar sands’ is well, sort of O.B.E., “Overcome By Events.”

Canada will push ahead developing the intended oil sands. Transporting this oil to refineries via the Keystone pipeline system is far preferable than by the other alternatives like ship, truck or rail. Safer, fewer emissions, more efficient and less expensive? Yes, that is a truly “All the Above” statement, which is why it is so confusing that a small vocal minority has managed to hold up progress. If these anti-development activists were truly concerned about the environment instead of promoting themselves, they would be pro-pipeline. Even the AFL-CIO is onboard. The coalition includes Democrats, Republicans, Organized Labor, the Chamber of Commerce and the former top hazmat safety regulator.

The mass hysteria prophesied by the anti-development crowd is really more fitting for a Hollywood blockbuster. This is real life, however, and this Hollywood inspired movie is a bust. The delay isn’t impacting the Hollywood elite, but it is negatively impacting the livelihood of millions of Americans.

1705 days and counting.  World War II was won in Europe in less time. The Transcontinental Railroad, often quoted by President Obama, was built in less time. The Empire State Building could have been built several times over and Lincoln concluded the Civil War in less time. 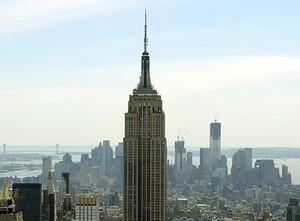 As an institutionalist, I am all about policy, protocols and procedure, which is why I would prefer to see a decision come from the administration. That said, Executive Order 13337 was intended to streamline and expedite cross-border projects. When the process becomes politicized, it invites the other side to do the same. Any further delay will only fuel Rep. Lee Terry and other House Republicans to push H.R. 3 into law, removing the decision from the White House. Perhaps unlikely a few months ago, it may indeed happen, especially if the unnamed administration official is correct. If a positive decision is not reached before those politicians up for reelection in 2014 start hitting the campaign trail, all bets are off.

The time has come for President Obama to step in and end the debate. It is time to move American forward. 1,705 days, 4 environmental studies, and millions of comments are enough. It is time to approve the remaining portion of Keystone when it is in the best interests of the United States.

It is time to rise above all the politics and approving KXL is the mark of a distinguished President.