Generally, high visibility stories come out early in the week when journalists and readers alike are focused on news. On the other hand, public relations experts hold stories they hope do not get much attention until Friday afternoon. 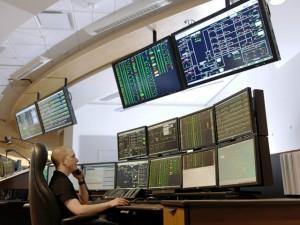 Although the report made no final recommendations, it heavily favors those in favor of the project because the State Department’s scientific analysis concludes that building the pipeline will not worsen global warming. Partisans on both sides of the project were quick to weigh in on what the report really means. Proponents were generally pleased.

TransCanada’s Chief Executive Officer Russ Girling released a statement saying that the report was “an important step towards receiving a presidential permit for this critical infrastructure project.” While TransCanada does not actually own the oil being transported, the company has been caught up in a cat and mouse game between environmentalists and energy companies whose oil Keystone XL would carry.

TransCanada operates the original Keystone pipeline which crosses much of the same real estate from Canada to Cushing, Oklahoma. That pipeline was built during the last administration with no opposition. Environmental activists however have stepped up pressure in an attempt to block the second line known as Keystone XL, citing a host of environmental and safety concerns. After loosing their battle to stop the pipeline in Nebraska, opponents have shifted their opposition from pipeline safety to global warming. Now, even that strategy has also run out of steam.

While liquid pipelines generally receive little attention, and largely do not even require federal government siting permission, crossing an international border triggers a federal approval. It is that component of the overall project which set the stage for a clash if ideals over the future of America’s energy policy. Environmentalists see the $7.4 billion Keystone XL as a referendum on fossil fuel, yet have been unable to convince the majority of Americans it should not be built. One industry insider remarked that massive North American oil discoveries have been a major inconvenience for supporters of renewable fuels who have counted on diminishing supplies in order to advocate for higher cost renewables. Others believe the pipeline should be blocked in order to ensure America moves away from fossil fuel sources. 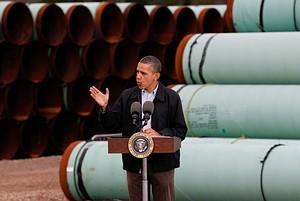 President Obama approved the lower portion of Keystone XL late last year. Under construction now, that portion will help relieve what experts call an energy bottleneck at Cushing and allow millions of barrels of oil storied there to more easily be transported to U.S. refineries along the Gulf Coast. Delays in approving the upper portion of the pipeline have bewildered many Canadians who see the U.S. as their closest ally and trading partner.

Environmentalists have staged various attempts to disrupt the approved portion by blocking construction access and in one case, even placing protestors inside the already built pipes. In another incident, protestors took to trees along the path in an attempt to bring media attention to their view that crude oil from Canada’s oil sands is a major contributor to carbon emissions.

More recent studies indicating that the oil sands is similar to oil imported from Mexico or Venezuela appear to be bolstered by the Obama Administration’s report today indicating that the project would not worsen global warming. Other industry insiders have pointed to the fact that the oil extraction in Canada is the largest employer in Alberta, and a major source of revenue to Canada. Even without the pipeline, Canada will continue to extract the oil which would be most likely transported by pipeline and rail to Canada’s coast for shipment to Asian markets.

Proponents further point to the benefits the oil would bring to the U.S. in terms of displacing overseas crude oil from the Middle East while also providing the U.S. manufacturing sector a major boost via the refiners who would produce everything fro gasoline to plastics from the oil. Indeed Keystone and Keystone XL together could provide the U.S. with more oil than is currently imported from Saudi Arabia. Opponents argue the oil would be refined and shipped overseas, although logistical experts dispute just how much might find its way onto the global market. While it is likely some refined products such as diesel fuel will be exported, economists have suggested that any such exports would help, not hurt the economy by providing a major boost to the current trade deficit. Reducing the trade deficit helps to grow the economy and support domestic jobs while also bringing revenues back into the country. Another contingent believes that any oil refined here should be restricted from export in order to lower gasoline prices here at home. A similar political battle is also being waged over whether to allow exports of natural gas. Such bans resulting in a protectionist market however have generally failed or been invalidated by international trade agreements.

The draft report will now be open to the public for comment after which the report will be finalized. Once complete, President Obama will have two months to determine whether building the pipeline is in the overall “national interest” of the United States.

A final decision on the project is unlikely before September, and until then, this major transportation infrastructure project will continue to draw critics and proponents of fossil fuels for months to come.