Hurricane Sandy or Frankenstorm? Either Way, It’s a Big Deal.

All eyes are now on Hurricane Sandy as it makes its way toward landfall before 6:00 PM EDT Monday somewhere just south of  Atlantic City, New Jersey.

Several hours ahead of schedule, Sandy is expected to move inland toward Wilmington, Deleware before continuing toward York, Pennsylvania. As of 4:30 PM EDT, the storm was approximately 70 miles from Cape May, New Jersey, and that state is currently experiencing the full brunt of the storm. Winds are not expected to decrease in many areas until tomorrow evening.

The storm intensified overnight with pressure continuing to drop (940 mb) and winds currently remaining steady at 90 mph. The pressure, measured at the storm’s core, is important because it is used to measure the actual strength of the storm. Wind gusts in New York and Connecticut are expected to reach 70+ mph today with continued gusts of over 50 mph tomorrow. According to FDNY reports, high winds are already responsible for damaging a high-rise construction crane on West 57th Street in midtown Manhattan.

With a name like “Frankenstorm” it is easy to see why a late Atlantic hurricane is making the news. Coined by NOAA weather forecaster Jim Cisco, the name stuck and so has America’s preoccupation with one of the largest storms of the season.

In Pictures: The Worst U.S. Storms Of All Time

Historians are already calling the storm unprecedented, suggesting it is reminiscent of the 1991 perfect storm that struck northern New England. Although hurricane force gusts are expected in an area stretching from Norfolk, Virginia to Newport, Rhode Island, several other factors have come together to make Sandy even more dangerous.

First, add a strong wintery cold front coming in from the West. Second, include a high-pressure ridge off the coast of Greenland is keeping the storm from the usual course away from the U.S. mainland. Third, Sandy is an extremely low-pressure storm giving it extra form and punch than would normally be found with a 90 mph storm. Finally, add a nearly full harvest moon to exacerbate tidal effects In low lying areas.

The result, according to federal and state first responders, is that somewhere between 50 – 70 million people will likely be directly affected by Sandy. Aside from the potential threat to life and safety, economists are already predicting that the storm will cause upwards of $30 billion in economic damage.

As predicted, the storm turned overnight and is continuing its northwesterly track. The storm, traveling at 14-18 mph last night, has now accelerated to 28 mph. Hurricane force winds have been felt in an area between Norfolk and New York by early afternoon. All major transit systems and airports have been closed. In Washington, DC government offices are officially closed, although the Supreme Court has announced that it will continue work as usual. Philadelphia has declared a state of emergency and will be standing up the city’s Emergency Operations Center (EOC) overnight tonight.

Officials in New Jersey and other states directly in the path of the storm have evacuated low coastal areas along Sandy’s path. Residents sheltering in place will be forced to make all remaining preparations today as tropical force storm winds will begin to affect the region as of Sunday night. Officials have cautioned residents against believing that only coastal areas will be affected. Areas far inland may experience tropical force winds before Sandy is finished. Everyone along Sandy’s route should consider the effects of flooding, loss of electrical power, and even the proximity of large trees to the residence. 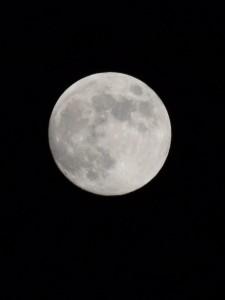 With respect to the loss of power, most state emergency agencies are expecting significant disruption to power along the storm’s path. Mid-Atlantic residents and New Englanders alike remember experiencing the significant power outages accompanying  earlier storms this year. President Obama, in an attempt to temper expectations ahead of the storm, took to the airwaves Sunday afternoon to let residents know that FEMA was coordinating closely with state emergency management officials. That said, he prepared residents for the inevitable, by suggesting that many could be without power for several days following the storm’s passing. CNN has recently reported that over 300,000 homes and businesses are already without power and that number is expected to grow substantially.

If experts are correct, and Sandy does indeed pretty much deliver a direct hit to highly populated areas, we can expect substantial power disruptions up the I-95 corridor between Baltimore and  New York. Moreover, because the storm’s expected left hook, areas in New York and New Jersey can expect a substantial tidal surges as the storm comes ashore just a few hours prior to high tide meaning storm surges are expected to be significant with flooding possible throughout many areas of the city.

Local power crews have pre-positioned assets to assist with downed power lines. Exposed power lines are more easily susceptible to damage from strong winds and downed trees. Even areas well inland are expected to lose power before Sandy is finished. PEPCO was reporting minor power outages in Washington, DC Sunday night and those without power are expected to grow to more than 6 million before the  Tuesday. Sandy is expected to create renewed calls for electrical grid modernization which would include redundant systems, advanced technology sensors, and buried power lines which are much less susceptible to storm damage. Officials have estimated that residents as far inland as Huntington, WV to Pittsburgh, PA could be without power.