As American Airlines struggles to regain control of its compute systems, almost 2,000 of the company’s daily flights have already been cancelled or delayed due to an unspecified computer system outage. According to AA staff, the company has not yet provided any details as to the duration of the outage, or its cause. That said a company spokesperson said that initial indications were that it was not related to yesterday’s tragic event in Boston. 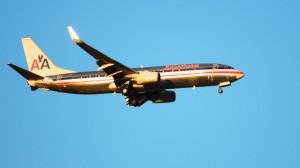 Trying to put the best foot forward, American stated by 4:00 PM Tuesday that it was resuming operations and that it had experienced some “intermittent” disruptions. That may be a huge understatement as the numebr of cancelled and delayed flights has continued unabated today.

Many travelers told us that they were told for hours that their flights were on schedule only to face cancellation messages at departure time. Many other passengers were booked onto two or three more flights that in turn were cancelled. Other passengers are complaining that the airline was unable, or unwilling, to retrieve bags checked in on flights that never departed.

This debacle couldn’t come at a worse time for American as the airline struggles to adress customer loyalty concerns over poor performance, questionable executive leadership, bankruptcy, and deferred maintenance work on aircraft.

“American’s network system is experiencing intermittent outages. At this time, we are holding all flights on the ground until later this afternoon, when we will provide another update. We are working to resolve this issue as quickly as we can, and we apologize to our customers for this inconvenience.

We will provide another update as soon as we have more information.”

Experts have long warned that U.S. National Critical Infrastructure such as transportation, energy, telecommunications, defense and other industries are vulnerable to cyberattacks form hostile governments and groups. The Chinese government itself has directly engaged in cyber intelligence and probing of U.S. assets. Many law and security firms have created electronic specialities to deal with the potential loss of everything from highly protected trade secrets, to credit card theft. 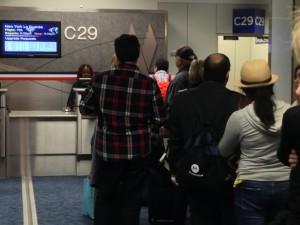 Other reports claim that today’s events was caused by a break between its computer systems and American’s central reservation system run by Sabre Holdings , which among other operations, is the owner of the travel site Travelocity. At one time, Sabre, which is utilized by almost all other carriers for ticketing, was owned and run by American Airlines and the company still runs its operations from Southlake, Texas, only ten miles from American Airlines headquarters and the Dallas-Fort Worth Airport. Sabre has indicated that it did not experience any disruption and that no other airline was affected.

One thing is for sure, while we do not know exactly what has caused American’s woes,  it is unlikely that a single point failure would render the airline’s entire system inoperative. Companies like American, spend millions of dollars each year to harden their facilities, and to create secondary and even tertiary redundancies to prevent the disruptions American Airlines is currently experiencing.